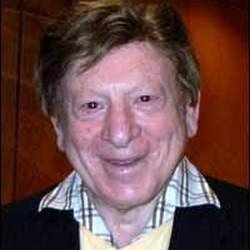 Recently retired as an International TV Comedy Scriptwriter providing material for television companies in Holland. Germany, Norway, Denmark, Finland, Spain, Austria, Canada, South Africa, Belguim and the U.S.A.   Among the British comedians I have written series for were Tommy Cooper, Les Dawson, Dick Emery, Frankie Howerd, Bruce Forsyth, David Frost and Bob Monkhouse.    Early in my career I was Head Writer for the great Groucho Marx.     During my hour-long talk entitled THE JOB OF A LAUGHTIME (please scroll down for more details of this and my other talks), I reveal many humorous backstage stories about a lot of the stars I have had the pleasure of working with.  My other hour-long talk called SO YOU THINK YOU CAN’T BE CONNED? is based on my long-running BBC radio series PRO’S & CONS during which I exposed 180 different scams out of my collection of about 400. Though this is basically a very serious subject I tend to give it a lighthearted treatment to keep it entertaining.
I have enjoyed giving these talks as a very popular Guest Speaker on 62 cruises so far.
To date, I have had five books published, the first was a Daleks Annual and the other four are on comedy.

I stand alone and do not require any special equipment, except perhaps a microphone if the size of the venue makes it necessary.

I live in Southgate, North London and I charge a fee of £100 for talks in the Greater London area and £125 beyond that area up to 100 miles from base.

The Job of a Laughtime 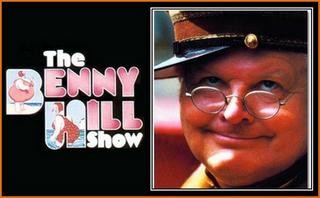 THE JOB OF A LAUGHTIME in which I get laughs all the way through, talking about the many top TV stars I have written series for. They include Tommy Cooper, Dick Emery, Les Dawson, Bruce Forsyth, Frankie Howerd, Bob Monkhouse, David Frost and others.
During this talk I illustrate to the audience how comedy is created from gags, sketches right through to situation comedies. I also reveal backstage secrets such as the fact that Benny Hill never had a studio audience. Every laugh in his 39 one-hour-long shows for Thames TV were dubbed in. Benny  was terrified of appearing in front of a live audience and consistently  refused to be interviewed on the Parkinson and Wogan shows.

If its Laughter you're after 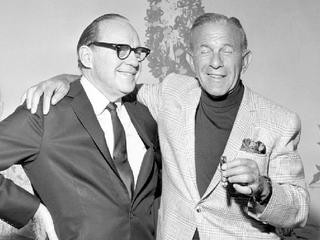 Illustrated talk about comedy. I have a large, unique collection of videos of comedy. I play short video clips of Jackie Mason, Jack Benny, George Burns, Danny Kaye, Victor Borge, Jerry Lewis, Joan Rivers and Sid Caesar etc and tell stories about each of those comedians in between. This can be themed -, Jewish, or Irish or female comedians for example. My collection includes about 100 different comedians, so I can choose video clips to suit any group that books me.

SO YOU THINK YOU CAN'T BE CONNED? (Scams and How to Avoid Falling Victim) 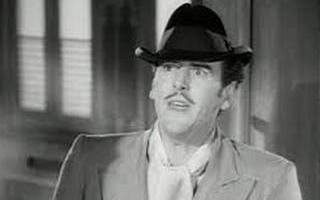 This is a series of talks, and they are based on my BBC Radio series called PRO’S & CONS which ran for sixty half-hour programmes in which I exposed three different scams per show. I have details of over 400 scams in my files and am acknowledged as Britain’s leading expert on the subject. I wrote a syndicated newspaper column called SPOT THE CON which ran in 23 newspaper for 118 weeks.

Leave a review or testimonial for Brad Ashton

Leave a review for Brad Ashton

Send a message to Brad Ashton