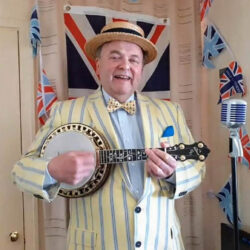 Derek has always had a keen ear for music and an approachable, friendly nature capable of engaging with people.
He was always keen to watch all George Formby’s films and learnt to play the ukulele banjo from a tender age now being an accomplished ukulele banjo player and a member of the George Formby Society. His entertaining musical talk on George Formby is a nostalgic trip down “Memory Lane”.
Derek loves everything about the 1940’s era, particularly the music but it is Sir Winston Churchill, who he admires most from that time.
Actor as well as singer/musician, Derek is a natural mimic so it was a natural progression to pursue a career as a Winston Churchill Impersonator resulting in yet another facet of his capabilities. For over 15 years Derek has portrayed the Wartime leader at many private, public and military events and functions also appeared as the character in several BBC TV dramas including Stephen Poliakoff’s “Summer of Rockets” and “Close to the Enemy”.
This Autumn Derek will appear as Churchill in feature film “Lawrence After Arabia”.
In recent years his fascination and admiration for that legendary great comic Tommy Cooper has led to creating the highly amusing Tommy Cooper Tribute complete with magic tricks.
Through his engaging talks Derek recreates each character with enthusiasm and reverence.

Derek is a ‘stand alone’ performer and requires little in the way of equipment (see each entertainment for specific details).

He can provide his own PA system and lectern  but it is always useful to have tables provided.

Fees range from £195 plus travel expenses depending on which talk is required and location.
Based in South Wirral will cover Wirral/Cheshire/Merseyside/Lancashire/North Wales/Shropshire/Staffordshire/Leicestershire but will travel countrywide.

The Life & Times of Winston Churchill with a Twist! 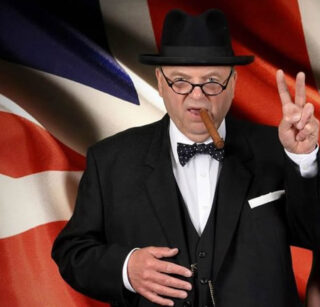 Derek pays tribute to the great man Sir Winston Churchill which includes anecdotes, quotations and extracts from famous speeches in full character
throughout (costume and voice) as he is also a professional impersonator of the Wartime Prime Minister and usually accompanied by “Mrs Churchill”.

Duration: 1 hour-requires microphone preferably on a stand, lectern and small table (can provide own if necessary). 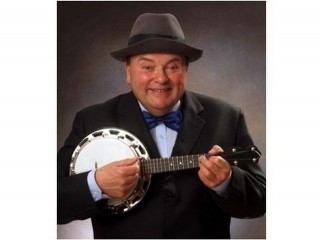 Take a trip down Memory Lane with Derek when he tells the fascinating life story of George Formby including a selection of popular George Formby songs
and other singalong medleys playing his ukulele banjo in the unique George Formby style .Completely self-contained ,Derek includes some comedy engaging
with his audience encouraging them to sing along if they wish to do so.
Duration: 1 hour-requires 2 x 5 feet long tables

The Life Story of Tommy Cooper - "Just Like That!" 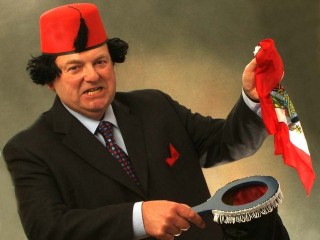 Leave a review or testimonial for Derek Herbert

Leave a review for Derek Herbert

Send a message to Derek Herbert