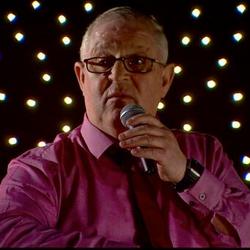 About Ian Kenyon - known as The Huyton Poet...

I began performing Stand Up comedy on stage in 2008 and a few years later – on my wife’s advice, I combined my humorous poetry with the comedy routines and it worked a treat. I’ve had poems published in local and national press as well as having over 900 poems broadcast on my local BBC radio (Radio Merseyside) along with a regular live spot. My speaking performance work is based on amusing conversation, observation and my funny poems. I have performed in theatres throughout the North on England.
I wrote funny poems and comedy pieces for the late Sir Ken Dodd and I also performed with him on a number of his theatre shows. I have had repeat bookings for every venue and social group I have performed at or for.

Laughter from start to finish.

My performance lasts 45 to 60 minutes (longer if required) and  I use a small single speaker (if it is needed) – so I just need a power supply.

The Rhymes and Ramblings of a Performance Poet / Comedian 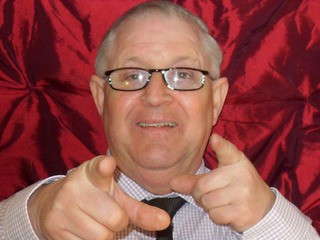 As well as performing at speaking engagements I write poems and comedy ideas for other entertainers including the great Ken Dodd. I was “discomnockerated” when Ken Dodd commissioned a series of poems from me for him to use on his national tour.
As a successful Stand Up Comedian and Performance Poet I have appeared at Theatres and clubs throughout the North of England Appeared on both  BBC2 & BBC4 TV shows “Scouser’s telling Jokes” in 2013 & 2014
I also had the great honour of performing in front of Ken Dodd, Jimmy Cricket, Freddy “Parrot Face” Davies and about 120 other comedians and celebrities at a recent “Good Turns Society” luncheon.

What audiences say about my entertainment

What people say about me

KEN DODD “You are so good at what you do; you have a very special talent young man”.
CRISSY ROCK “That performance was like a breath of fresh air, I’ve never heard anything like it, so funny”.  (I opened the show for Crissy Rock at Rhyl Pavillion Theatre, 2012)
LINDA McDERMOTT (Radio Merseyside) “Excellent poems both the funny and the serious, wonderful”

Leave a review or testimonial for Ian Kenyon

Leave a review for Ian Kenyon

Send a message to Ian Kenyon