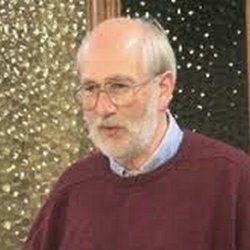 During a busy life dedicated to music James Murray has been an opera singer, music retailer, CD producer, speaker, researcher, writer and consultant to academics, opera and theatre companies as well as other musicians and historians.  He has given numerous talks to music societies, concert and opera audiences and WI groups, U3A and the WEA.  At other times he enjoys working as a ceremony officer in Cornwall, leading and registering at civil wedding ceremonies.

James’s talks range from opera and the composer Emmanuel Chabrier to the golden age of the Broadway and Hollywood musical. He is currently researching the lively musical scene in Germany between the wars whilst writing the first English-language biography of the ‘jazz age’ composer Eduard Künneke.  James also recounts tales of his performing career which might go under the heading ‘Great Operatic Disasters’ if that title had not already been taken!

James requires decent hi-fi equipment and hopefully a willing volunteer to help play the music.  In addition, a table and some water plus further tables on which to place display materials and CDs that he hopes to sell.  Talks range in length from one hour to a full day course.

£40.00 per hour but willing to negotiate for smaller groups of 15 or less.  He’s happy to travel throughout the country but if outside the greater SW (Cornwall, Devon, Dorset, Somerset, Avon, Gloucestershire, Wiltshire) a contribution towards petrol expenses would be greatly appreciated. 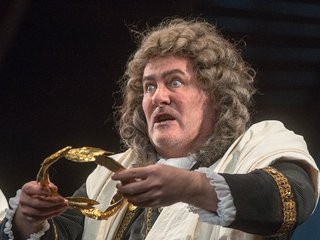 Has there ever been a more complete man of the theatre than Albert Lortzing (1801 – 1851) – composer, actor, singer, dramatist, director, poet, conductor and orchestral cellist? Content just to write music that would keep his audiences entertained Lortzing had no thought of composing for posterity, yet for more than a century since his death he was consistently one of the five most popular operatic composers in German-speaking Europe.  However, since the 1980s the number of performances has declined and, apart from record collectors, he remains almost unknown in the UK.  Tracing the performance history of some of his most delightful works James ponders what makes such a likeable and talented composer go sadly out of fashion. 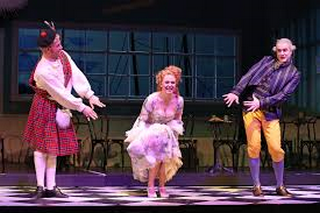 Eduard Künneke’s (1885 – 1953) first career was as house conductor for a record label but within a few years his shows were being produced across Europe as well as on Broadway and the West End. Stints in London and New York gave him a taste for 1920s jazz and dance music and his operettas, musical comedies and film scores were composed in a style both lyrical and up-to-date.  James recounts Künneke’s experiences in Weimar and Nazi Germany and explores his complicated relationship with his daughter Evelyn, whose taste for American jazz and swing often landed the family in trouble.  Expect many rare recordings and photos illustrating Künneke’s fascinating life. 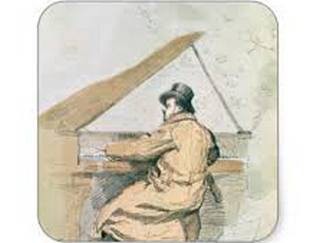 Emmanuel Chabrier (1841 – 1894) – musician and art collector extraordinaire. Chabrier’s light shone all too briefly but he left a handful of works that influenced countless 20th century musicians and his collection of impressionist paintings boggles the mind.  This genial composer, friend to artists, men of letters, society ladies and other musicians was generally the life and soul of the party and woe betide if you left your precious piano unattended for, such was his energy and enthusiasm, after a few hours Chabrier would render it unplayable.  Yet, at heart he was a deeply sensitive character devoted to his friends and family.  James will guide us through his colourful life in a fun filled session.

“I am hungry anyhow, so why not be a little hungrier and go to the opera” - Music during the Weimar Republic 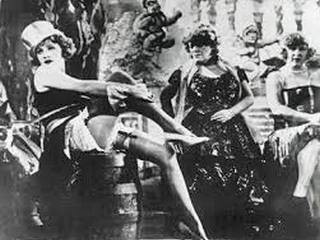 During the period of hyper-inflation in Germany (1921 – 1924) tickets to the opera cost less than a loaf of bread prompting the comment “I am hungry anyhow, so why not be a little hungrier and go to the opera”.  If world-class opera stars, chamber musicians, orchestras and conductors weren’t your thing in the 1920s there was always American-style jazz and cabaret: the dancer Josephine Baker said of Berlin in 1925 that “the city had a jewel-like sparkle, the vast cafés reminded me of ocean liners powered by the rhythms of their orchestras. There was music everywhere.”  A relaxation of censorship laws led to the rise of Kabarett, where edgy political criticism linked arms with the prospect of onstage nudity.  Illustrated by numerous recordings of classical and popular music of the period, this talk will appeal to music-lovers and cultural historians alike.

Heroic, Germanic ideals or Degeneracy - Music during the Third Reich 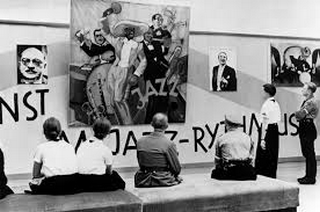 In 1933 and thereafter many musicians, afraid for their careers and their very survival, left Nazi Germany.  Of those that remained, many threw their support wholeheartedly behind the system; others buried their scruples whilst stepping into the roles vacated by their ex-colleagues.  Non-Nazis that dared to raise their heads above the parapet faced a very uncertain future as did those that had Jewish family links.  In the rush to rid German culture of Jewish and other so-called ‘degenerate’ influences the Reich’s Music Chamber called for writers and composers to give German audiences works that encapsulated “true heroic, Germanic ideals” and whilst some composers willingly complied, others bravely showed their distaste for the regime in surprising fashion with not always predictable results.  Illustrated by numerous recordings of classical and popular music of the period, this talk will appeal to music-lovers and cultural historians alike.

A Fine Romance with Jerome Kern 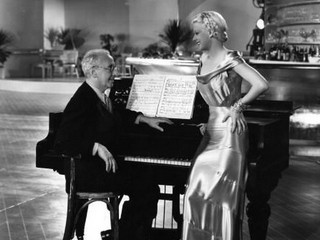 Kern’s biographer Stephen Banfield has called Jerome Kern (1885 – 1945) ‘a founding father of the modern American musical’ and although his shows (excepting the ground-breaking Show Boat) are now largely forgotten, his most popular songs – composed to texts by P G Wodehouse, Oscar Hammerstein II, Otto Harbach, Johnny Mercer, Ira Gershwin and many others – are familiar to all.  James traces Kern’s remarkable career from Broadway to the West End and Hollywood with the aid of numerous illustrations of historic productions and recordings both old and new.

Gershwin, how we love you 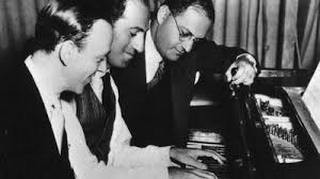 During a career that lasted a mere twenty years George Gershwin (1898 – 1937) rose from song-plugger on Tin Pan Alley to a composer equally respected on Broadway, in the West End, in Hollywood and concert halls around the world.  Few song-writers have been so widely performed by so wide a variety of artists; compilation recordings continue to find new and ever younger audiences.  However, in common with many artists, fame and adulation during his lifetime did not necessarily bring happiness and the circumstances that led to his death at the age of thirty-eight are tragic indeed. James traces Gershwin’s remarkable career from Broadway to the West End and Hollywood with the aid of numerous illustrations from his life and recordings both old and new.

“Opera is when a guy gets stabbed in the back and, instead of bleeding, he sings” (Robert Benchley) – James Murray’s Mad, Mad World of Opera 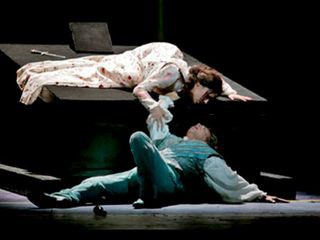 James’ career in opera took him to many different venues in the UK, USA, Germany, Austria, Italy and Greece.  He was privileged to share the stage with many illustrious names and when not treading the boards he has witnessed many hilarious mishaps.  From overcoming train derailment, catching the wrong boat and witnessing an armed bank robbery on the way to see his favourite baritone in Munich to causing unforeseen backstage disasters at Glyndebourne and coping with ill-fitting costumes and heavy wigs in 40o heat James has many a tale to tell.

What people say about my talks.....

‘It was a pleasure to hear about this time of the early musicals from a man who obviously enjoys his subject.’

‘James branched away from the usual repertoire of the classical music composers to explore a different field: that of the early stage musicals, basing his exploration upon the compositions of the prolific composer, Jerome Kern and his Broadway and London shows. James illustrated his talk with many examples of Kern’s well-loved songs.  Some of these were modern renderings but many featured original artists.  The overall result was that something of the sunny atmosphere of the 1920s and 1930s musical stage was brought to society members on a rainy evening in Torquay.’

‘James gave a graphic description of the difficulties encountered by aspiring German composers in the pre-World War II years. It became apparent, nevertheless, that much interesting music was indeed written and performed, sometimes with the reluctant approval of the authorities, sometimes not…. James accompanied this most informative and stimulating talk with photographs of the musicians and venues where they performed and well-chosen musical excerpts.’

‘James’ friendly and knowledgeable manner and obvious enthusiasm for the subject is most helpful and sets precisely the right tone.  I have recommended this course to friends from all over Leicestershire.’

‘I found the copious handouts most helpful.  I decided to look further into many of the operas, only to find that James has told me all I needed to know!’

Leave a review or testimonial for James Murray

Leave a review for James Murray

Send a message to James Murray