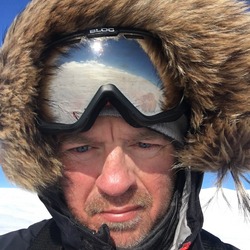 My name is James Redden, a former soldier, now businessman and a bit of an adventurer. I served 13 years in the British Army, 10 of them with a highly specialised unit made up of volunteers who all go through a very arduous selection process. During my time in the Armed Forces I’ve been deployed to numerous hot spots around the world, including African states, the Middle East, Asia and beyond. My travels have taken even further afield.

My years in service saw me take command of troop formations and the experience has left me with a deep understanding of how leadership actually works.

After leaving the Army, I spent a number of years building up a small, but very successful technology consulting that has employed varying numbers of team members over the years. More recently, and following what might be viewed as a ‘mid-life meltdown’ I decided to rekindle my love of the great outdoors.

In February 2015 I skied across part of the Hardangervidda in Norway (a journey that left me with mild frostbite) and a short time later I skied to the Geographic North Pole. In March 2017 I returned to Norway and skied across the Hardagnervidda (no frostbite this time). In December 2017 I will be skiing solo, unsupported and unaided to the Geographic South Pole (700 mile of brutal winds and endless plains of ice).

My talks focus on leadership, working solo and how to survive and thrive in extreme environments.
Presentations use minimal powerpoint and a fair bit of talking/imagery. I have a projector that travels with me. If you do not have a suitable wall/surface on which to display the presentation you will need to supply a screen.
My talks range from 45 mins to an hour. This figure is negotiable and can be adjusted to fit your needs.

My fee is £100 per talk and my mileage expenses are 10p per when travelling outside of a 10 mile radius of Thame, Oxon. Accommodation expenses are required for evening talks over 60 miles away from Thame.

A Journey with Furious Gods 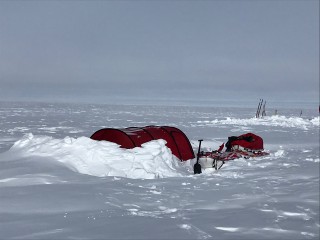 In May 2018 I joined a team of 5 to ski across the barren icecap of Greenland. Setting off in what can only be described as balmy conditions, we had no idea of the trials to come.

Lashed by raging storms in which winds gusted to over 100 Mph and in temperatures of -40 C, our expedition faltered and at times came close to failure. And death.

Many lessons were learned on that journey and James weaves each into tale of survival, fear and triumph.”

Motivating Your Teams the Easy Way 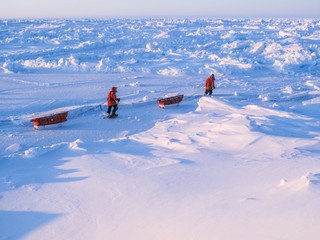 Building a team that works is tough. And the hard works doesn’t stop once your team in assembled, or so the saying goes. We’ve been told that fusing a group and directing them towards a cause is fraught with frustration and pitfalls. Not true. You see, there is a relatively simple way to Shepard your team in the right direction, no swearing or sweating involved. Build a cause, encourage people to subscribe to the concept of service and not self and your work is all but done. The question is: how do we do this?

There Are Never Too Many Chiefs 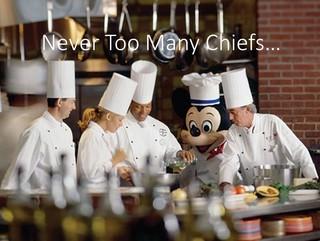 “I’m not the leader, so I’m off the hook!” In the traditional business world the leader sits at the top of the company and dispenses wisdom/lightning bolts on what appear to be whims. And when everything goes wrong – when the company buckles and lists – we can reassure ourselves that the blame doesn’t lie with us. After all, we’re not the leaders and blame can’t be directed at us. Wrong answer. Like it or not, we are all leaders. The key to developing a sense of direction is to know when to lead and when to follow a lead. Here’s how…

Send a message to James Redden