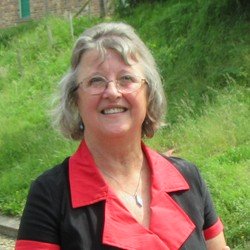 I am so lucky, having 5 or 6 lives all rolled into one. In 1960, on leaving the Civil Service, I bought a Hardware shop in Crawley which expanded to include the sale of Model Railways.
From this, as a result of a joke and the BBC’s Nationwide programme in 1970, I started a business manufacturing kits for model railways and which is still going strong (now being run by by son).
The next part of my life included Back packing round the world on my own at 60, hang gliding, white water rafting, learning to dive on the Barrier Reef, climbing through a glacier and walking 17k over Mount Doom from the ‘Lord of the Rings’ film.
I then bought a smallholding, with no previous knowledge of farming, and raised cows, sheep, pigs, goats and chickens and sold the produce at Farmers markets and Country shows.
My new partner then wrote a musical show which we put on at a large theatre with a professional cast, which was hair raising but fun.
I remember rationing as a child and going to the sweet shop with my 6d and sweet coupon, so I wrote a talk about rationing and digging for victory during and just after WW2. Looking at the civilian impact the war had on ordinary people.
I am an accredited WI speaker and also take my talks to schools, womens and mens groups, etc.

All talks include many photo’s and pictures from my projector and I have a screen if necessary. We also have an amp and microphone if required.  We just need a table and access to a power point.

My fee is £70 for each of the talks within a 30 mile radius of Dalbeattie in Dumfries and Galloway, Scotland.
Longer distances by arrangement at 20p per mile. 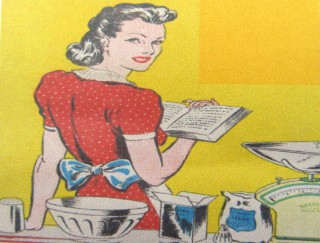 It was a challenge – feeding a family when so much was rationed, women’s lives were governed by standing in queues for whatever was available, for much of the day.
They certainly invented some innovating recipes. Everyone was asked to dig up their lawns, take alloments, use any bit of spare ground to grow vegetables, food was very short.
Clothes were also rationed, so cut down that old shirt to make a dress for the little girl, turn worn sheets to the middle…
A look at the problems and how they were overcome.

The Model Railway Business That Started as a Joke 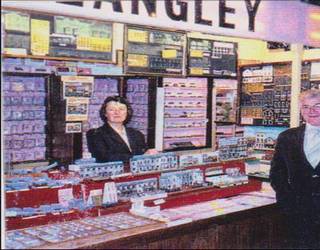 In 1970 we had a shop selling Model Railways, Hornby, Farish etc. The new, small N Gauge was just starting, but no-one made accessories, so Pamela challenged her engineer husband, Tony, to make some. He did and she wrote to the BBC who came to film the company. It took off and got big. This is the story, the Nationwide BBC flim from 1972, plus film and slides of how the kits are made and how the business developed.
Lots of ups and downs, but it is still successful and now makes over 1500 kits. 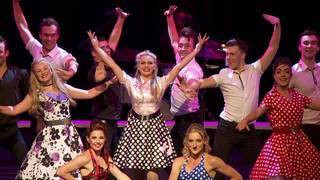 In 1957 the BBC brought out the first Rock and Roll programme on television. It was an instant success, teenagers loved it. It was introduced by Pete Murray with the immortal words ‘It’s time to jive on the old Six Five’
Dr. Beeching was also closing lots of Railway lines, if he closed their line how would they get to the Youth Club in town ?
A story of how complete amateurs wrote, produced, directed and put on  the show with a professional cast on stage at the Tunbridge Wells Theatre.
Live interviews with Pete Murray, Bill Oddie, Vince Eager, Jess Conrad, Chas McDevitt and Wee Wille Harris plus clips from the live show.
Powerpoint talk, film and slides    55mins 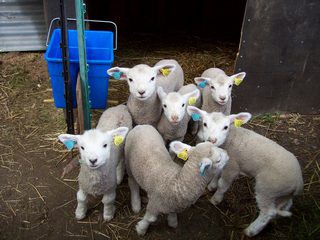 When I was 65 we bought an 11 acre smallholding. A real leap in the dark as we had had no previous experience, other than liking animals! We had Dexter cows (the small ones that think they are show jumpers), sheep, goats, rare breed pigs and chickens. We made our own sausages and cheeses and sold produce to local friends and neighbours. It was hard work, Alan fenced and ditched the whole 11 acres and made barns for lambing and learned how to milk the goats. We had to learn how to care for the sheep and to help the lambs to be born. Wonderful fun, real hard work and many funny stories.

Back Packing on a Pension Book. 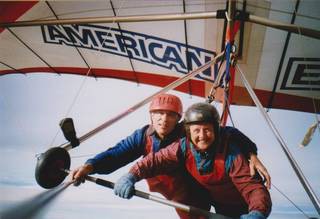 At 60 after a difficult divorce, I decided to go back packing round the world on my own. I bought a rucksack and a return airline ticket and decided to keep going until the money ran out. I started in Australia visiting Ayres Rock by walking around it as the sun rose, to Darwin and the Kakajou National Park where the local Aboriginies put on a Corrobee for us. On the Barrier Reef I got my Dive Certificate, did a night dive and got bitten by fish on the reef! New Zealand was bathing in volcanic mud pools, going by helicopter to the Frans Joseph glacier and walking through ice caves, horse riding bare back in the sea, abseiling 300 feet into caves and hang gliding in the mountains. Also walking 17 kilometers over Mount Doom from the Lord of the Rings film.
Exciting, lonely at times, steep learning curves, funny, sad but wouldn’t have missed it for the world.

Leave a review or testimonial for Pamela McLellan

Leave a review for Pamela McLellan

Send a message to Pamela McLellan