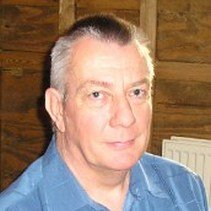 I have written a number of books, and many magazine articles, mostly about early aviation and have, over the years spoken at various clubs, including Rotary. I have also spoken at conferences and seminars both here and in the USA.

Each talk can be adjusted for length and tailored to suit a particular audience. The talks are “Powerpoint” illustrated presentations; I  bring my own laptop but the venue/host must provide a projector and screen.

My Fees: £50.00 plus travel expenses when appropriate. I will travel any reasonable distance from Cleethorpes, Lincolnshire.

“I’ve Never Written a Best-Seller”  An account of over forty years of writing magazine articles and specialist books, including description of the research process, contacts, rejections, and the whole process of becoming a published author.

“When Aeroplanes Spoiled the War” The story of the early days of British Military Aviation, and of the generals who thought the aeroplanes were of no use as they might frighten the horses.

“Balancing a Blancmange” Stories of flying’s early days when it was possible to learn to fly in one day, even before breakfast and when steering an aeroplane was described, by someone who had done it, as being like sliding down the banisters whilst balancing a blancmange.

“Fokker Fodder”   The story of how an unarmed aeroplane, first ordered in 1912, became easy prey to the fighter aeroplanes built by Antony Fokker in 1915/16 leading to one MP standing up in parliament and openly accusing the War Office of murder, an accusation which caused uproar and led to a judicial inquiry into the management of Britain’s air services and, ultimately, to the creation of the Royal Air Force.

“Forget the Red Baron”    The lives and adventures of some of the “Aces” who flew and fought in flimsy aeroplanes, without oxygen, or parachutes, above the trenches in WW1.

“Undarkened Skies”  The USA entered the war with a promise to “darken the skies over Europe” with the greatest aerial armada ever seen and allocated $640million to fund the scheme but only managed to have 196 US built aeroplanes in service by the end of the war.

“Early Aviation In Grimsby”  An illustrated talk about early flying (1912-1924) in Grimsby and the surrounding area.

Leave a review or testimonial for Paul R Hare