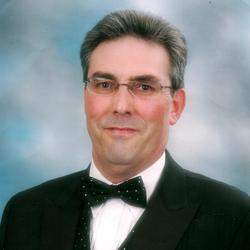 Anywhere in the UK Dorset

Phil joined National Air Traffic Services (NATS) in 1972 as an Air Traffic Controller, a career spanning almost 40 years serving at seven locations, including London Heathrow, the busiest airport in the world. Phil says “I kept at it until I got it right!”
He has served as a reservist in the R.A.F. as a flying instructor and in Maritime Air Region operations. Phil, involved with airshow organising, continues as an active pilot and can count amongst his flying achievements parachute dropping and flying for the St John’s Ambulance air wing. He is married to Diane, with two sons Matthew and Alex; Matthew is an Airline Pilot and Alex works for Aerospace and Defence firm Cobham plc.
With the dedicated support of Diane, Phil raises money for charity, organising events including a special luncheon at the Bournemouth Air Festival which includes auctioning rare memorabilia including paintings and drawings signed each year by the whole Red Arrows Team

Philip Holt joined the speaking circuit in 1988, since then he has given hundreds of presentations to audiences from twenty to over 1,500, formal and informal, male, female or mixed audiences.
He is proud to be counted amongst the top speakers aboard P&O and Cunard cruise ships where large venues have to be found to accommodate his very popular presentations. Recently he has become a volunteer guide at the RNLI College in Poole as well as an educational lecturer for the Institute. Phil has a talent to inform yet amuse with an easy going style. All presentations are professionally backed by superb graphics, sound bites, videos and photo’s.
His standard talk time as an hour, but can be flexible to meet your requirements.

Minimum fee £85 for up to 85 audience size. Thereafter £1 per head based to actual attendance up to a maximum of £200. Travel time at £10 per hour if over 2 hours.
Venues outside a radius of 150 miles from home near Bournemouth may require a night stop.

To the casual observer, looking up on a summer’s day, you see the white contrails and perhaps the inkling that there is a pattern to it. Who controls it? What are the systems and procedures? How will they keep on sharing out the airspace in “The Crowded Sky”? Phil was an Air Traffic Controller for over 30 years “and I’ll kept at it until I got it right” he quip’s. This humorous yet factual presentation will fascinate you, so, standby for take off! 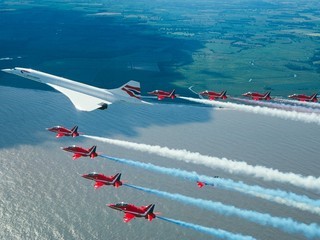 In the height of the “swinging sixties” the RAF formed an aerobatic team that would win the hearts of a nation. Phil takes you through the events that led to the creation of the world’s best-loved team of pilots, then takes you behind the scenes. Phil is a pilot, Air Display Director and patron of the Bournemouth Air Festival and speaks from first hand experience of the men (and women!) in the famous red suits, who make precision their profession, teamwork their science and aerobatics their art form. 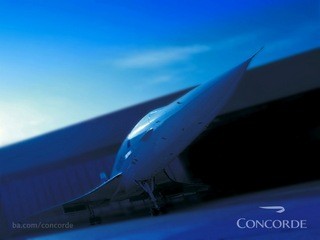 What better way to rediscover the grace and glamour of perhaps the most beautiful aircraft in history, than this nostalgic presentation from Air Traffic controller Phil Holt?  Where did the name Concorde come from? Why was Concorde retired? How much did Concorde cost? Will one ever fly again? These are just some of the questions Phil will answer. The ingenuity and expertise from designers to the crews who flew her is rekindled. Phil will also recall the celebrities, the humour as he involves you in the Concorde experience!

4) Donald Campbell - Across The Lake 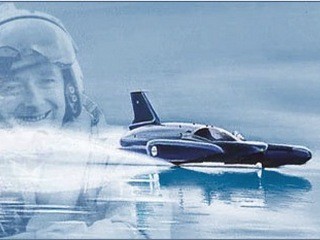 “I’m just a man that passes water faster than anyone else” Charismatic, daring, brave. There is much more to be told about Donald Campbell than the events at Coniston Water. He is the only man in history to hold both the world land and water speed records in the same year. Loved by 1950’s & 60’s Britain find out what made the Campbell legend both on water and land. What pushed him to that final fateful attempt at the world water speed record? Using clever reconstruction, go behind the scenes of that fateful day in January 1967 to find the cause of the crash. Phil will finish, movingly, with the recovery of both Bluebird and Donald himself from Coniston Water and the restoration efforts currently underway. 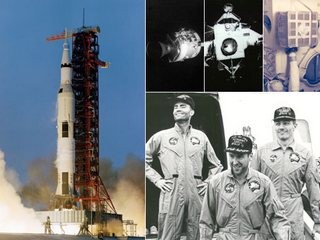 “Failure is not an option!” is the famous line uttered by Gene Kranz, Tiger Team leader of Flight Directors assembled to recover a crippled spacecraft over 200,000 miles from earth. A small manufacturing fault in an oxygen tank heater would cause an event that had the world holding its breath. The achievement of human ingenuity and spirit overcoming adversity is spectacularly told in the story of this mission – which blasted off from Cape Kennedy at 1313 hours on April 11th 1970.

6) Lest we forget - The Battle of Britain Memorial Flight 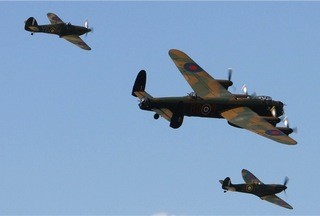 Over seventy years after “The thin blue line” helped prevent an invasion of Great Britain there can be no better tribute to “The Few” than a flight of fully airworthy World War 2 aircraft. Everyone who sees these aircraft in the skies know they represent all airmen & airwomen who have given their lives in all conflicts since the formation of the RAF in 1918. Join Phil for the background and operation of this unique Flight. 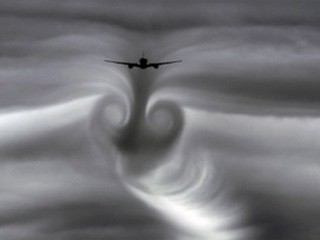 “You cannot have spent well over 30 years in aviation without coming across the witty, wacky, or amazing” say’s Phil. Enjoy stories, tales and incredible video shots from all aspects of aviation in the company of one who knows it so well! 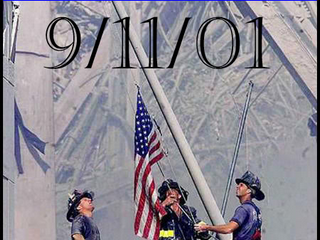 It was a day that changed our world forever. Everyone will remember what they were doing when they heard of the attacks on New York & Washington. The events on the ground are well documented – but what of the unseen hero’s of that day?

Phil was an air traffic controller for nearly 40 years and was on duty on the 11th September 2001. In this fascinating presentation Phil will tell the story of his colleagues at the Boston, New York, Washington and Cleveland air traffic centres as they battle to understand what is happening in the busiest piece of sky in the world. Phil had full access to every transmission and phone call made that fateful morning and he uses these to dramatic effect. It is however his experience as a controller, instructor, examiner and human factors specialist that gives an unprecedented insight into the most fraught 4 hours in the history of air traffic control.”

9) Auction of a Lifetime 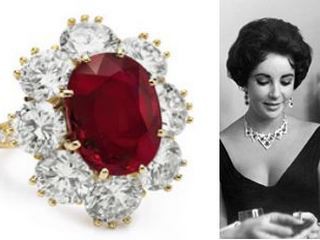 MGM’s mightiest, shiniest, most unabashedly acquisitive star acquired the most talked about jewellery collection of all time.
Every piece came with an insane price tag. But it was also the men and the stories behind each one that fascinated collectors when her collection came up for auction in December 2011. Take the Krupp 33 carat diamond for example. As it was slipped on Ms Taylor’s finger it would be known from then on as the Taylor-Burton diamond.The collection sold for $135m in the end. It was all disgustingly decadent (some pieces going for over 100 times their estimate), but made a fortune for her AIDS foundation.
Re live the atmosphere of the auction and the breathtaking detail of the collection in this fascinating presentation.

Send a message to Phil Holt