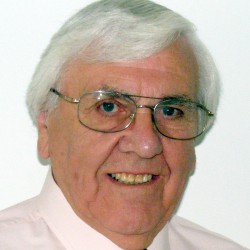 Growing up in a family home providing ‘pro digs’ for music hall and variety performers appearing at local theatres, it was hardly surprising Wilf acquired an intimate knowledge of ‘the business’.  However, he opted for a more ‘respectable’ career in management, but subsequently joined BBC television where for many years – including the ‘golden days’ of the seventies and eighties, he was responsible for Scenic Operations – the scenery, props, and ‘working’ the shows…. essentially everything seen on the screen except the performers, their costumes and make-up!  Wilf subsequently set up a consultancy serving the television, film and theatre industries, which included several years with the National Theatre on London’s South Bank.

In addition to his life in ‘show business’, Wilf has a life-long love of ships and sailing, and has organised maritime and tallship festivals throughout Europe, becoming a popular ‘champion’ of Britain’s marine heritage

All talks are supported by Powerpoint – talks about the world of entertainment include film/video clips with audio, and I supply all equipment – including a screen if not available at the venue.   My equipment is PAT-certificated and I have appropriate Public Liability Insurance.  I can also provide a VGA/HDMI feed to large television monitor screen(s) where installed.
I don’t provide a PA system, but I’m happy to use a microphone where available.
The length of each talk is about 50 minutes, and reducing (or increasing) duration isn’t really an option.

£100 for venues within 10 miles of my home in Maidstone, Kent. For venues further afield  I ask for travelling expenses at HMRC rate of 45p per mile (each way).  For distant venues an additional fee and hotel accommodation may need to be factored into my fee, please contact me to discuss. 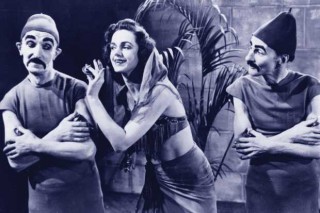 From pubs’ to ‘palaces’, music hall provided popular entertainment for everyone, and it managed to survive despite competition from cinema and radio.  But television proved too much and it died – although some aspects of variety struggled on, and the traditions continue.  A light-hearted look at the theatres and the performers, from Marie Lloyd to Max Miller, Gracie Fields to Ken Dodd – and the very British ‘French Revues’ of the fifties: all from an unusual and unique perspective that’s revealed during the talk.
Includes film/video/audio clips

BEHIND THE SCENES OF TELEVISION’S GOLDEN YEARS 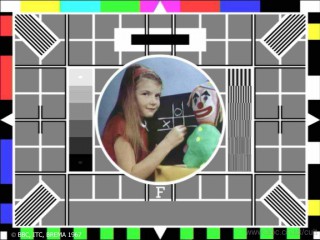 Who can forget Morecambe & Wise, the Two Ronnies, Terry & June, Till Death Do Us Part and The Good Life?  Dramas like the Forsyte Saga, Pennies from Heaven and When the Boat Comes In; music from Top of the Pops to the Last Night of the Proms; and the pageantry of Royal events.  These were truly television’s ‘Golden Years’ but how these and many other great programmes were made, the situations and ‘characters’ involved, was often astounding and hilarious.    Never has ‘you wouldn’t believe it’ been more appropriate!

LIFE UPON THE WICKED STAGE….…….Ain’t what one supposes! 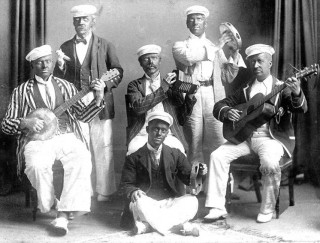 Starring on television, acclaimed at the National Theatre, or simply ‘treading the boards’ at a provincial theatre might be envied, but the reality can often be less glamorous!  How the famous (and not so famous!) became entertainers, and the reality of a world behind the make-up is revealed in this fascinating insight into a world where happiness and despair frequently sit uneasily side by side.  A world where those who entertain us often face indifferent audiences and hostile critics whilst struggling to cope with modern technology.   A world where being out of work is a way of life.   Did Mrs Worthington get the right advice regarding her daughter?

DON’T SNEEZE AT THE MICROPHONE…. 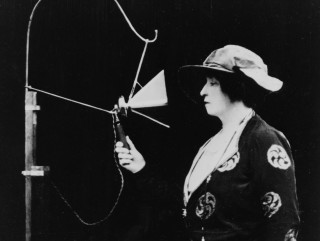 A century ago, popular entertainment meant a night out at the Music Hall, but there was competition in the form of records, then along came radio and later, television – and popular entertainment changed forever.  For many performers it was the road to their fortune….. but for others, it was a disaster.   This light-hearted romp through the journey of entertainment from stage to television screen will bring the audience many nostalgic and fond memories. Includes film/video/audio clips

The photo is Dame Nellie Melba

UNDER BILLOWING SAILS …..the Romance & Reality of Tallships 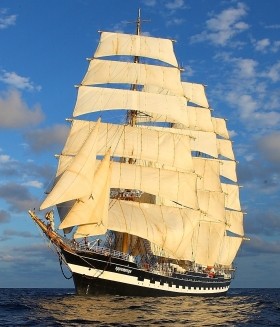 For over five thousand years sailing ships provided the most economic and efficient means of carrying people and cargoes, culminating in ‘clipper’ tallships racing across the world’s oceans. But steam power heralded their demise, and by the 1950’s they all but disappeared. Some survived and have led a revival of the magnificent vessels that embraces their rich maritime heritage.  The development of these ships, how their tough crews survived, and the creation of modern day ‘replicas’ are described, together with their astounding contribution to the English language! 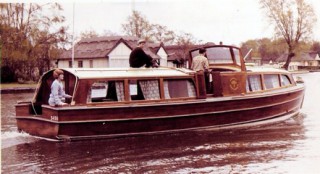 For many, a boating holiday on the Norfolk Broads has been their first and often only link with Britain’s maritime traditions.   But few are aware of the background to these holidays, how they began, and the people who created them.  This light-hearted talk reveals all you probably never wanted to know about boating holidays: the ‘inside’ story of those who provide the boat holidays, and the customers – and what each think about the other!

Send a message to Wilf Lower