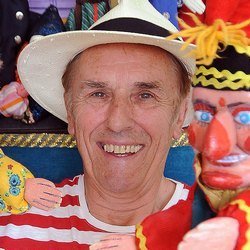 Anywhere in the UK Warwickshire

I started my career in Showbusiness as Red Coat at Butlins back in 1969 at The Heads of Ayr Camp in Scotland.
Other holiday camp seasons followed at The Derbyshire Miners Welfare Camp in Rhyl and Pontins in Southport.
It was here in Southport that I started to develop my Punch and Judy Show which is now part of one of my talks.
Following on from seasons at holiday camps I was picked up by the producers of The Sooty Show and went on to appear in both their Theatre tours and Television shows.
I also appeared with Hughie Green on Opportunity Knocks and went on to tour with my comedy show in Durban,South Africa.
Other T.V. shows included “3.2.1.” with Ted Rogers and Saturday Royal with Lionel Blair.

I’ve even been on the receiving end of Anne Robinson barbed tongue on The Weakest Link. I have also played the comedy lead in two professional Pantos. “Oh yes I have” and toured with The Flanagan and Allen Story.
Most recently I appeared on Britain’s Got Talent where David Walliams said “Mel you are a very funny man”!
I am currently working on CMV cruise ships and in Old Time Music Hall and recently appeared on a sell out show at The Leeds City Varities .I am one of only 200 Gold Star Members of The Inner Magic Circle. London. A Full Member of The Punch and Judy Fellowship. A Member of The British Music Hall Society.

About my talks and Christmas Show...

My talks last for 45 minutes and my Christmas show lasts for ?

Talks in and around Warwickshire Start at £75 and travelling at 45p per mile is added for talks outside a twenty mile radius.

The History and Mystery of Punch and Judy. 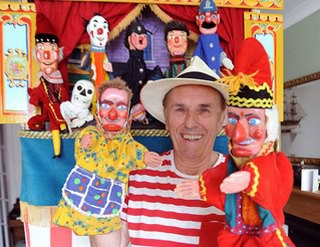 A talk showing the first appearance of Mr Punch in England in the 1600’s to the present day.

A talk of about 45 minutes including a performance of the traditional show using old hand carved puppets in a red and white striped booth.

My life in Magic 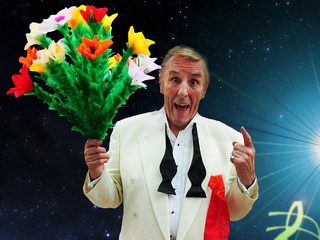 This talk includes comedy, tricks and audience participation and shows the development of my magical career and what really goes on back stage at Britain’s Got Talent.

This talk is of approximately 45 minutes duration. 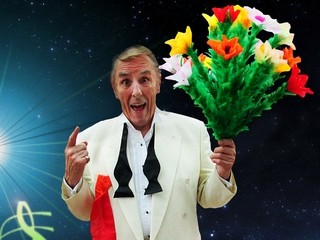 Leave a review or testimonial for Mel Harvey

Leave a review for Mel Harvey

Send a message to Mel Harvey