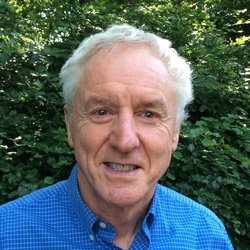 Anywhere in the UK Hampshire

After thirty fulfilling, sometimes exciting and often stressful years in the police, I retired and unwound by travelling around the world with my wife. After six months of camping and pulling back tent flaps to such sights as kangaroos bouncing by, my head had finally cleared enough to think about what I wanted to do when I came home.

I took a blank piece of paper and wrote a short list of what I thought were very enjoyable ways to earn an income. Speaking and coaching were at the top of my list. I realised I missed speaking to groups. Prior to retiring it had been a high point being able to speak to groups about my role as a Police Sergeant, but mostly I offered reassurance. It was a chance for them to ask me about what I really did and to dispel some myths. When people understand something far better, there is less fear. My audiences varied from the staff at Highclere Castle to pupils in junior schools. Being a police officer meant I was able to travel to America and go on patrol in New York, Los Angeles, Miami and give talks in Virginia.

My stories involve humour and the lessons I learnt along the way about confidence, our ability to problem solve in stressful situations and how important wellbeing is to performance.   And I can still reassure people.

I’ve talked to a wide variety of groups from Universities, Schools, the R.A.F., W.I. Groups and Police Clubs in America.

I am a ‘stand alone’ speaker and require no equipment.

My Speakers Fee is £150. I don’t charge travel expenses unless the venue is outside of a fifty mile radius of my home in Hampshire, when I will add a small amount for mileage up to 100 miles. If the venue is over 100 miles from my home I charge £250 with no additional expenses. 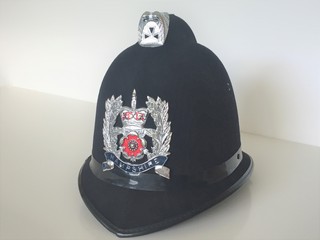 After thirty years of experience as a police officer, then ten years as a life coach, I have plenty of stories to share with you. I have worked with a variety of people, from the Lords of Highclere Castle (Downton Abbey) to the homeless in city centres. I can describe what it was like to make decisions in life threatening situations to sitting quietly, talking as one human being to another, when the  ‘other’ was an armed robber. I’ll explain which incidents moved me, which made me laugh and how lessons I learned translated into everyday life.

My talks last about 45 minutes and I allow another thirty minutes for questions and answers at the end. I can tailor my talk to the interests of your group and speak more about what motivated me and/or how trauma and years of punishing shiftwork taught me what wellbeing really is.

Leave a review or testimonial for Nigel Palmer

Leave a review for Nigel Palmer

Send a message to Nigel Palmer