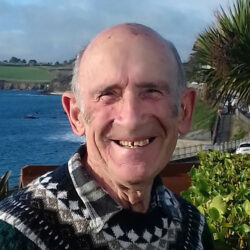 I was born on IOW in 1935 but because of my father’s occupation and WW2 when we were bombed out, moved several times. This meant that I attended six primary schools and two secondary schools, often not seeing my parents for several months. However we ultimately settled in Leicester and I left school aged sixteen with seven GCE o levels. My ambition had been to become a doctor but this was then unobtainable and I started work to train as an accountant. However, after National Service I decided to train as a P.E. teacher at what was then Loughborough Teacher Training College (now Loughborough University). Before entering college I spent two terms teaching in an inner city primary school which convinced me that I was better suited to teach in that age range. After qualifying I taught at several primary schools in some of the more deprived areas of Leicester, serving as headmaster for twenty one years.
Since retiring we moved to Cornwall where I have been able to continue my hobbies of gardening, golf and watching sport

Three of my talks cover my career in education in a light hearted manner, recounting anecdotes, amusing, shocking, distressing and
embarrassing (to me)
A. Nitty Nora
B. Make yer ……. mind up!
C. Yer’ve bust me bra!

My fourth talk is a journey through my childhood during WW2 when I was ‘ferried’ between relatives before and after our house was destroyed in Norwich in 1942
D. Growing up in WW2

£50 plus donation towards travel expenses

A talk about ten years teaching in inner city schools, full of anecdotes illustrating the trials and fun experienced as a young teacher. 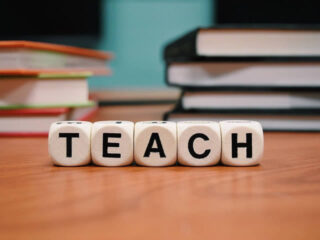 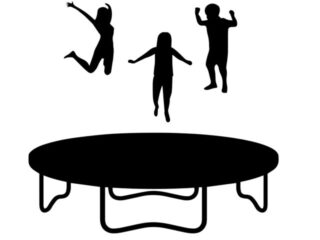 A journey along a career in teaching in urban schools where I met child abuse (mental and physical) and general deprivation.

Growing up in WW2 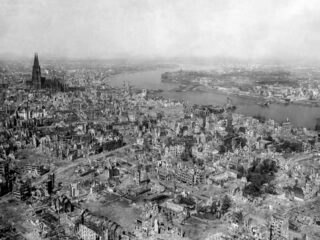 This talk covers my experiences as a young boy living in Norwich and Suffolk from 1939 to 1945.
As early as 1940 I was sent to stay with relatives in ‘safe’ Surrey and Bedfordshire, only returning occasionally to my home….albeit in 1942 to have the misfortune to be there when a landmine destroyed our house.

Leave a review or testimonial for James Michael Ellis