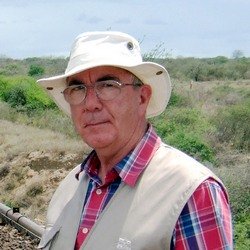 I grew up in Kenya and served in the Royal Air Force, who also taught me to dive. A Malta posting introduced me to many historical aircraft and shipwrecks. On leaving the service I completed a commercial diving course, returned to Mombasa and was involved in salvage operations on the Kenya coast. In 1976 I published my first book on East African railway history and in 1977 became a commercial diver in the Arabian Gulf based in Bahrain and later established a marine salvage company.
In 1982 I was appointed MD of a Kenya diving company in Mombasa responsible for operations in East Africa and later  returned to Bahrain and established a new diving company with contracts throughout the Gulf and East Africa. As part of my interest in military history I was involved in the restoration of British forces graves in Bahrain, and the recovery at sea of a propeller from a crashed Air France airliner as a memorial to those killed and was honoured by the French government.
In the 1990s I published a number of books on the military and transport history of East Africa and an acclaimed study of the German cruiser ‘Königsberg’ sunk in East Africa in 1915. Later writing articles for a variety of aviation, medal and railway journals. In recent years I co-organised steam train safaris in East Africa and led World War 1 Kenya battlefield tours. Now resident in the UK, writing and research  continues, together with presenting talks on a variety of subjects.

My talks last about an hour and are in Power Point and am happy to provide my own laptop and projector if required.

I am also happy to provide my talks as virtual presentations  via zoom etc .

I ask for £60 for talks around Dorset and if elsewhere in the country, fuel at cost and accommodation if an overnight stay is necessary.

Rolls-Royce and the Silver Lady 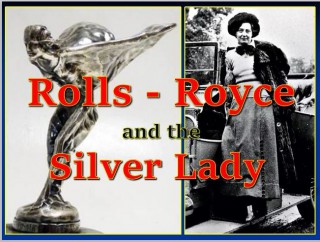 The Silver Lady or Spirit of Ecstasy mascot has always been associated with Roll-Royce motor cars since the early days. This is the tragic love story of a couple, Lord Montague of Beaulieu and Eleanor Thornton who was the model for the winged figure that has adorned thousands of Rolls-Royce radiators.

Two sets of Medals - A Unique Award for a Unique Man 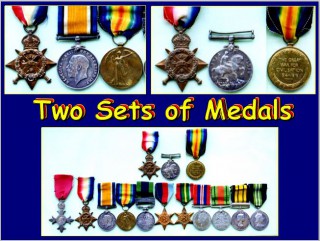 Jeffrey Lincoln-Gordon was born in India and joined the Indian Postal Service. In 1914 he was responsible for mail to Indian troops on the Western Front. After serving in Mesopotamia, he joined the Royal Flying Corps and returned to the region flying the BE2c and RE8. After the Armistice he rejoined the Postal Service with postings around India and in WW2 to Singapore. He survived three years on the Death Railway and later farmed in Kenya during the Mau Mau. His collection of medals with an OBE and two genuine sets of WW1 trios made it a possibly unique group. This is his interesting life story.

THE MAN WHO NEVER WAS 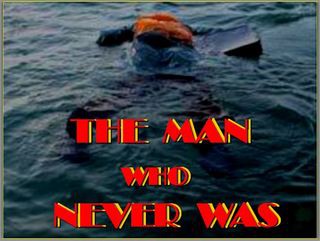 In April 1943 a body dressed as a Royal Marine officer with briefcase was deliberately washed ashore in Spain. It was designed to fool the Germans that the allies planned to invade Greece and not Sicily. Code named Operation Mincemeat it was one of the best kept secrets of WW2 until 1996 when files were released in the National Archives and the identity of the corpse made public. This is the true story of this deception. 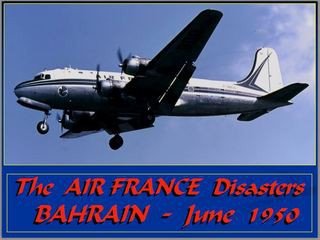 In June 1950 two DC-4 aircraft en route to Paris from the Far East crashed into the sea at night off Bahrain, two days apart. A unique occurence in aviation annals that was blamed on the two pilots. The remains of one aircraft were rediscovered in 1994 by the author who researched the truth behind the cover up by the aviation authorities and found some surprising results.

Stoker James Hancock was born in Devon in 1893 and died in Zanzibar in September 1914 when the cruiser H.M.S.Pegasus was sunk by the German cruiser Königsberg. His medals came to light recently as did a massive Admiralty cover up over the loss of one of His Majesty’s  warships in the First World War after it struck the colours.

The true story of the ‘The AFRICAN QUEEN’ 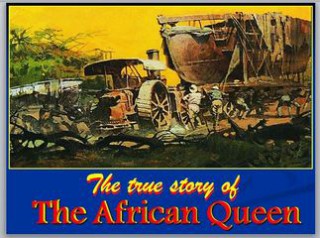 C.S. Forester wrote the novel in 1934 based on two true naval stories from the First World War in East Africa. This is the background story to the book which after three rewrites led to the well known film with Humphrey Bogart and Katherine Hepburn. 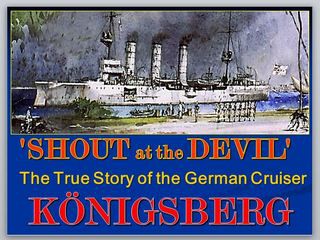 A unique piece of naval history from the First World War about the German warship Königsberg blockaded and destroyed by the Royal Navy and the Royal Naval Air Service in an East African river in 1914/15 which later became the well known novel by Wilbur Smith and the film starring Roger Moore. 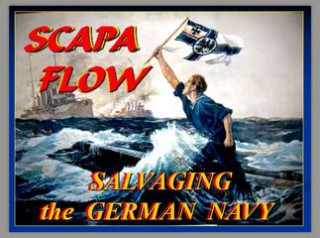 The story behind the Royal Navy’s Dreadnought battleships and the naval arms race that led to the Battle of Jutland in 1916. In 1919 seventy four German warships were scuttled at Scapa Flow in Orkney by their crews, and Ernest Cox took on the largest salvage operation in history. 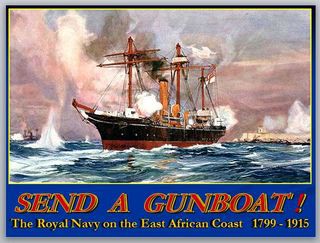 The true story of the Royal Navy’s skirmishes on the East African coast against the slave trade in the late 1800s when Britannia Ruled the Waves and kept the peace culminating in the 45 minute bombardment of the Sultan’s Palace at Zanzibar in 1896, that became known as ‘The Shortest War in History’ and a curious Dorset connection.  .

The BOMBAY EXPLOSION and the day it rained GOLD 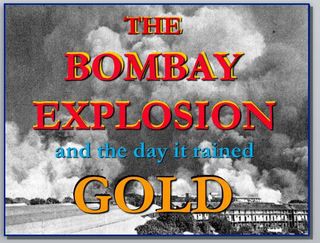 The author visited the site of the dramatic story of the largest accidental maritime explosion in the Second World War when a Liberty ship laden with over 1,000 tons of explosives and a ton of gold bars, blew up and destroyed part of Bombay Docks, which due to censorship at the time was referred to as a small fire in the docks.

SALVAGE MASTER - A Career in Commercial Diving and Marine Salvage 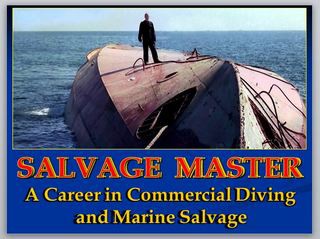 The author’s own experiences in twenty five years as a commercial diver and ship salvage specialist in East Africa and the Middle East.

TREASURES from the DEEP 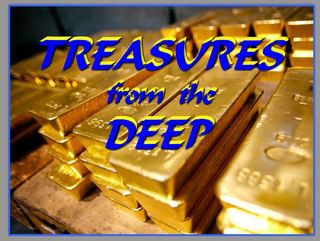 The story of man’s endeavours to recover gold and silver bullion out of  the depths from earliest times to the present day including the recent recovery of 110 tons of silver from a shipwreck in 17,000 feet. The deepest salvage operation to date

The true story of the ‘BRIDGE over the RIVER KWAI’ 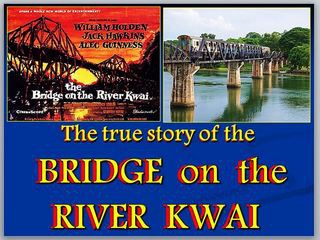 The author visited Singapore and the Death Railway, and tells the story behind making the Alec Guinness film, the ‘Fall of Singapore’ in 1942, and the subsequent construction of the notorious ‘Death Railway’ linking Burma and Thailand and what remains today. 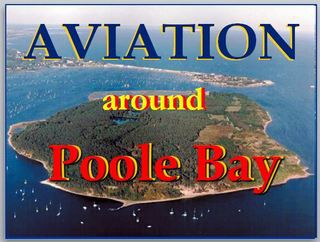 A sixty year odyssey of the important part Poole Bay and its surrounds played in the story of aircraft and men who flew around this part of Dorset between 1910 and 1976. 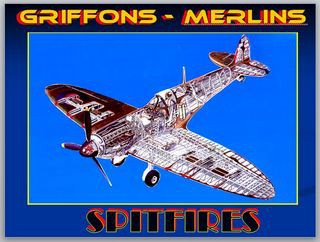 The author’s tells of his connections with the iconic WWII fighter, the Supermarine Spitfire and its power plant the Rolls Royce Merlin engine and his discovery and identification of three Spitfires off Malta including one on display in the Malta War Museum and one that now flies and some rare 1942 colour film of  Spitfires in Malta. 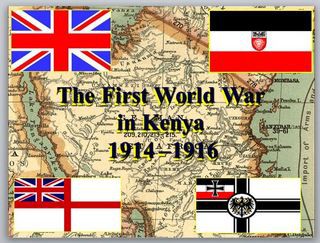 The author explores the First World War battlefields in Kenya fought over by British / German troops in the lee of Mount Kilimanjaro and shows what is left today. 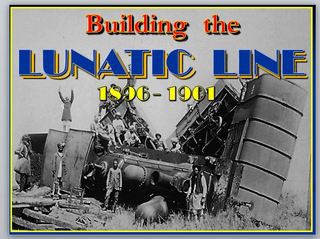 An extraordinary story of Victorian railway engineering at its best. Robert Preston and his wife led a team of Indians building a metre gauge line across the hazards of British East Africa from Mombasa to Lake Victoria, which included the infamous ‘Man-eating lions of Tsavo’ and descending the great Rift Valley. 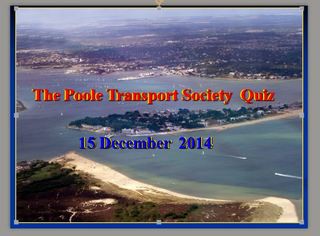 I have been involved with the preparation of quizzes for over thirty years in Kenya and Bahrain and more recently in Dorset. Today the quiz is in a Powerpoint presentation with a hundred pictorial and listed questions. The questions are changed to reflect the groups background or interests, ie. maritime, aviation, motoring, general knowledge etc.

This is a dummy page  showing how I present the quiz – this intro page would have your group’s name and the date.

The Fee is the same as for the talks.

Leave a review or testimonial for Kevin Patience

Leave a review for Kevin Patience

Send a message to Kevin Patience