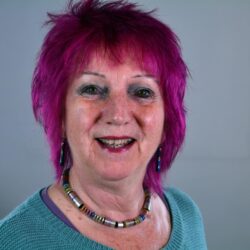 My dad was a spitfire, hurricane, mustang pilot in WW2 – he passed his love of flying over to me.  Unable to learn to fly due to the costs involved, I took the next best route and learned how to fall out of a perfectly serviceable aircraft.  My first jump was at the age of 31 – and I had a malfunctioning canopy on 12th jump – my second free-fall!
Undeterred, I persevered and over the next 15 years completed more than 1200 jumps.
I have been part of the Brittany Ferries Air Display Team and the Daily Express Girls Demo Team (affectionately known as  the Tumbling Tarts!) –  including demos onto Normandy Beaches, Biggin Hill Air Show, Paris Air Show and even Wembley Stadium (it looks very small from the air!)
I have taken part in Women’s British Record Jumps – and competed at National Level.

I have 2 lighthearted Powerpoint Presentations on Skydiving and on my Nursing Adventures. Which would you like to see first?

My fee is £50 plus 50p a mile travelling expenses if more than ten miles from Bridgwater in Somerset. I would prefer talks within Somerset although prepared to consider neighbouring counties 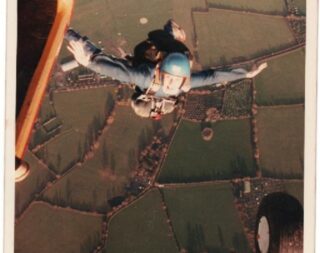 I started Skydiving at the age of 31. During the next fifteen years I completed 1200 jumps including record-holding jumps, demos into Airshows, Wembley Stadium and competing at National Level.

I offer an in-depth & often amusing overview of my Skydiving Days. 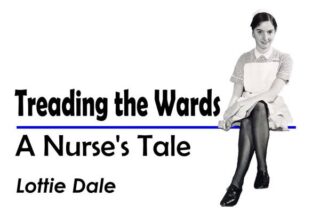 Tales from beyond the bedpan! My mother was a strong-willed Irish woman who was determined that I should follow her into Nursing – I wanted to be a Pilot!

Reluctantly, I complied and, as a result, experienced some of the best years of my professional life!

From Carry on Nurse to Oooh Matron, you’ll hear about my experiences and adventures in the early 1970s at Bart’s Hospital in London.

What people say about my talk

Thank you so much for you talk on Monday, it was excellent, I don’t think I’ve seen our members so engaged for some time. It’s a shame you don’t have any other talks.
John Morgan Probus Club of Mendip in Somerset.

Leave a review or testimonial for Lottie Dale

Leave a review for Lottie Dale

Send a message to Lottie Dale