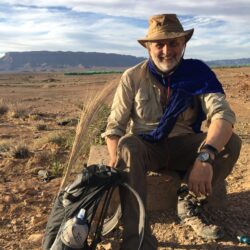 Anywhere in the UK

The Vagabond Philosopher
I have had a curious life! As Steve Carter, I have been privileged to work as a consultant with great organisations and leaders all over the world. For a psychologist my life has been unusually adventurous. I was one of the last people to go through Checkpoint Charlie. I was nearly bombed out of my accommodation in Riyadh, I have led leadership development programmes in the Sahara Desert, in the Alps and the Atlas Mountains. I have been an organisation troubleshooter when the going has got really tough and was involved in the recovery of financial institutions following the 2008 Banking Crisis. I have written four management books inc. The Road To Audacity; Renaissance Management and Mentoring in a Week. As an adventurer, I have travelled: from the top of the Atlas Mountains to the desert; dragged a toboggan over the frozen snows of Ontario, hiked through the steamy forests and mountains of Tennessee, Georgia and North Carolina. Writing and performing as Steve Bonham I have recorded five albums, written three books: A Little Nostalgia for Freedom, A Beautiful Broken Dream and my latest. – How to Survive and Thrive in an Impossible World. I have appeared at book and music festivals all over the UK as well as tv and radio. My songs make appearances in I-Tunes and other charts.

​A world turned upside down! How do we flourish in times of enormous uncertainty and in a world in which a rising tide of anxiety and disaster seems to be in danger of overwhelming us? How do we grab the wheel of our lives and steer into calmer waters? The world we are moving into seems to be one in which the old rules do not apply or do not work. So what are we going to do for ourselves if we are to flourish as individuals and leaders? ​ We won’t succeed by following checklists and goal setting and the advice of armchair experts. Steve Bonham, award-winning psychologist, writer, adventurer, musician, and ‘vagabond philosopher’ weaves a spell of new research, great stories, and wry observation from a life on the road to provide a ‘liberation strategy’ towards a more fulfilling life. These are talks for all ages and all backgrounds and for people who are fascinated by a new way of thinking about themselves and others.

*I am flexible about rates based on ability to pay

How to Survive and Thrive in an Impossible World 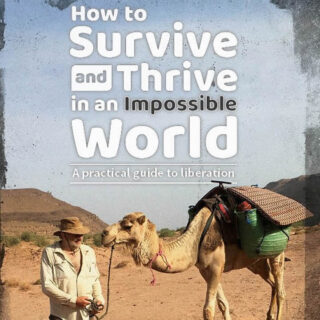 In this talk Steve brings together his years of experience as an award-winning psychologist with his ‘parallel’ life as a musician, author and adventurer, The result is a highly motivating, often funny, inspiring way of thinking about ourselves and the life we are living. People have called the talk ‘liberating’ and ‘oddly practical’. After reviewing the current ‘state of play’ we all face in life and work and the dangerous assumptions about success that underpin it – Steve underlines 5 ‘rules of the road’ for a more fulfilling life. 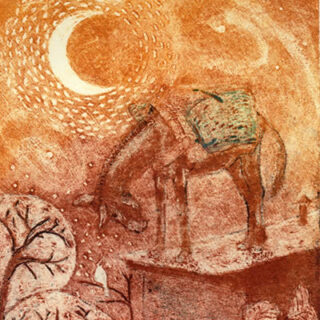 This talk is based upon a quixotic adventure undertaken when Steve walked from the top of the Atlas Mountains 500km into the Sahara desert. This is a tale of exploration and of companionship, a search for a lost tribe of dwarves, self-discovery, a spirit dog, the strange story of Thami al Glauoi and his Krupp cannon, avoiding an amorous camel, dehydration, near arrest, and sleeping in a watermelon patch. But it’s more than that. It’s an exploration of the idea of a more adventurous life. It’s a celebration of the extraordinary Berber people whose name for themselves translates as the free people. In the end, it’s a talk about how the choices we take.
Funny, moving and thought-provoking, It is suitable for corporate and non-corporate audiences and people of all ages and broad interests.

What people are saying about Stephen’s talks

“He doesn’t just talk the talk; he walks the walk.” Roisin Ingles, Irish Times
“Laconic, funny and intensely human.” Robert Twigger, award winning author of Angry White Pyjamas
“The gift of great writing is to find the universal in the specific … Steve is an everyman with highly personal stories that chime with us all.” Jason Webster

Leave a review or testimonial for Stephen Carter

Leave a review for Stephen Carter

Send a message to Stephen Carter